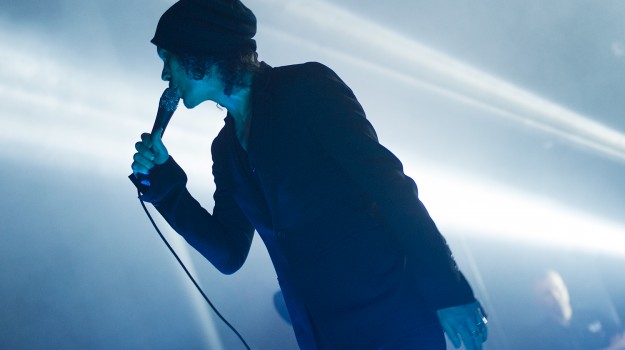 After 26 years the founders of love-metal, HIM, decided to finish their career with a final tour. I had the chance to took some photos on their last swiss concert for the german gothic magazin “Orkus”in Zurich on 6 December 2017. You can find an article and photos in their next issue.
Remembering their first music clip “Wicked Game” (Chris Isaak Cover) was the first time I saw and listen to them in 1999. Only some months later  I made it to their first show on Wave Gotik Treffen Leipzig in 1999. Ville Vallo onstage with a bottle of red wine in his hand and in a melancholic mood rarely lightened by dark green lights. It was epic. Just a little bit later, they get very famous with their song “Join me in death”.  From this moment a lot changed. As I saw them again in the Zurcher Volkshaus, it seems to me that there is a totally different band. From this moment I have never been again on a HIM concert until the farewell tour. It was a good farewell, thank you HIM – we will miss you.